The St. Mary’s campus was founded in 1852 and is the oldest Catholic university in the Southwest. Their 135-acre site is located on the West Side of San Antonio, offers multiple undergraduate and graduate degrees, numerous special academic programs, and is home to more than 3,200 students. The private university has mentored, inspired, and served countless individuals over the decades since the opening of its doors. Their heritage is rooted in Marianist principles and those beliefs extend into their education and services. The university firmly believes in educating for service, justice, peace, integrity, and adaptation to change.

With numerous SET building designs and renovations under their belt, it came as no surprise that St. Mary’s University reached out to PBK for help with their initial fundraising package in 2017. As a result of the great marketing efforts, the PBK Higher Education office in San Antonio was given the green light to kick off the design of the newest addition to their main campus in 2020. The Innovation Center would be part of the School of Science, Engineering and Technology (SET) and would need to be located in close proximity to the existing SET buildings. In August 2021, the university formally announced the project and described it as their newest two-story SET innovation building. However, in December 2021, we were let in on a secret that would change the building design and the programs offered on campus. For the first time ever, the university was planning a Bachelor of Science in Nursing program and would need the appropriate facilities to house the future instructors and labs. This meant PBK needed to shift gears during schematic design and find a way to add a third floor that would be dedicated to their upcoming nursing program. As of the October 2022 groundbreaking, the university had formally announced the planned addition of their nursing program and revealed the official name of the building to be the Blank Sheppard Innovation Center.

The design team was tasked to develop a building that represented innovation but easily fit into the context of the 170-year-old campus. The new site was centrally located between several existing buildings, so it was vital the building look new and inviting but feel like an old friend that had been there all along. To accomplish this, the team used the existing campus brick as the basis of design and played with the proportions, volumes, glazing, and textures. The existing brick and bronze metal canopy give the building its contextual familiarity, while the clean lines, volumes, controlled brickwork, and increased amount of glazing give it a crisp and tailored look.

The new three-story building is approximately 27,000 square feet and will be home to seven new SET labs with significant infrastructure upgrades, a large multi-bed nursing lab, a nursing simulation suite, a home care lab, sixteen new offices and several large student spaces. The design team was asked to create a lobby on level one that paid homage to the older building interiors but felt like it belonged in an innovation center. It was to be inviting, warm, familiar, but not old and stuffy. To do this, we looked at the interior finishes of the surrounding buildings. Several of them shared similar brick paver flooring and were even laid in traditional patterns. Our solution was simple, we decided to do a large-scale basket weave pattern using a rectangular porcelain tile, simple white walls, exposed ceilings, a fun linear light fixture, and a hint of the exterior brick. The clean lines and warm finishes of the furniture help finish out the inviting space.

The finishes for the new building not only had to fit the visual, but more importantly, had to be functional. A priority for the finishes was durability, ease of maintenance, and chemical resistance. All the labs, restrooms, storage, and student areas on levels two and three were scheduled to have sealed concrete floors and exposed ceilings. The level three nursing labs were intended to replicate real-life clinics and hospitals, so we specified a homogenous sheet flooring with an integral base, cleanable ceiling tiles, and scrubbable paint.

All lab casework was specified to have chemical-resistant phenolic countertops and painted base cabinets. The restrooms, while simple in design, will keep the industrial feel by using a large format tile that has the look and feel of formed concrete.

Finally, to take advantage of the natural light, the new offices were strategically located at the corner of the building, each with their own faculty break area and finished out using a carpet tile reminiscent of the St. Mary’s blue staple. 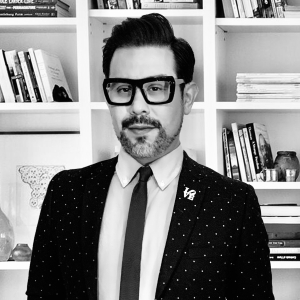 Joaquin Abrego, RID, NCIDQ, LEED AP ID+C is an Associate Principal of Interiors at PBK Architects- San Antonio office and is a contributing writer for Modern in San Antonio.