A Landscape of Change at the McNay

Historically, the McNay Art Museum had the perception within the San Antonio community of being primarily for elite patrons. One who might have been unfamiliar with the museum could have easily gotten the impression that it was a closed-off residence — which it was originally — or private club with its narrow gates and meandering driveways. These perceptions are changing as the McNay is actively taking on a new approach to its outreach in the community.

The McNay Director and CEO

Richard Aste is the McNay Art Museum’s third director and first-ever Hispanic Director and CEO. His vision for this first modern art Museum in Texas brings its mission--of engaging a diverse community in the discovery and enjoyment of the visual arts--to life. Aste had previously been with Brooklyn Museum which has a reputation for interactive exhibitions and engaging the public in meaningful conversations. Since 2016, he has applied this approach at the McNay taking its exhibitions from being exclusive and passive to a more inclusive and engaging/celebratory programming, which is much more akin to the spirit of San Antonio. Thus far, Aste has mastered the demands of leadership by building an engaged team, reimagined the museum experience, and cultivated a welcoming atmosphere for all who visit the McNay.

The latest capital project underway at the McNay puts this new community-focused philosophy front-and-center as soon as you approach the grounds. A new landscape master plan is now being implemented to their recently acquired two additional acres at the intersection of Austin Highway and North New Braunfels. The site is currently under construction and is planned to be completed in Summer 2020. It will showcase a new landscape design, invisible fence, accessible walkways, a more prominent main entrance, and recently acquired sculptures.

The original landscape design visioning was set into motion by landscape architecture firm, Micheal Van Valkenburgh Associates out of Brooklyn, New York. From there, the design team of local architecture firm Ford, Powell & Carson, and Austin-based landscape architecture firm dwg. took the reins. Over the past year, designers have been working with TXDOT to rework the intersection near Austin Highway. They have removed the Old Rittiman Road and the Old Exxon Gas Station, added a high grass berm for sculpture at the intersection, improved public safety by reworking the perimeter sidewalks, and adding planting strips at the street for safety. They have added a sweeping turn lane off of Austin Highway onto North New Braunfels that sets up a center-point for a major sculpture on the raised berm and removed unnecessary signage and light poles around the perimeter.

The McNay is well-known for its gardens as people come from near and far to take portraits. The traditional section of the gardens will stay the same and continue to be a setting for people to capture those memorable moments. The latest section of the grounds will not focus on decorative landscape features but instead on quality materials and the overall experience for our increasingly diverse community.

The previous barrier to the grounds of the McNay was a metal fence with thick shrubbery blocking any view from the street. The new grounds will feature an undulating metal fence consisting of stainless steel vertical pipes installed into the ground with each post being spaced at 8” on center. This creates a translucent screen effect communicating a philosophy of openness via a new open view of the grounds.

The previous entry to the museum was narrow with the occasional near-collision as people tried to navigate their way onto the grounds. The new entry will be wide with the gate pulled back from North New Braunfels so people can drive up further onto the site and still turn around while surrounded by a new landscape.

The area will be heavily planted with trees and new landscaping. The driveway will consist of pavers that are a high-quality clay material set in a herringbone pattern.

The new entry will include sweeping stone walls that are cladded in a dense green stone sandstone. This matches the McNay Stieren Center addition also by Ford, Powell & Carson in collaboration with Jean-Paul Viguier which was constructed 12 years prior.

Attention To The Health, Safety, and Welfare of the Public

Designers worked with VIA to relocate and improve the bus shelters on Austin Highway and North New Braunfels. This will include added distance between pedestrians and vehicular traffic. There will be a large and extra wide A.D.A.-accessible sidewalk from the main North New Braunfels entry to the Stieren Center, which involves major construction to the landscape. The walkway will benefit the public as it engages with the newly acquired sculpture elements along the path. Benches will be located along the path to create an occasional rest-point and moment of reflection.

After Phase I is complete — and the North New Braunfels Entry is open for traffic — construction will then move up the hill and provide a new entry off of Austin Highway.

“I am very proud of the McNay’s mission of engaging absolutely everyone, a diverse community, through the discovery and enjoyment of the visual arts. I moved here from New York City in 2016 because of these noble words and the Board and staff’s dedication to bringing beauty to every San Antonian. Access to beauty is not a privilege but a right, and it’s the right of every member of our community. Phase I of our Landscape Master Plan will help us communicate that better and connect even more South Texans to our own beauty through the McNay's transformative museum experience, indoors and out.”

The McNay recently acquired three new sculptures that will be installed with the opening of the new landscape design master plan. Front and center will be the Alexander Liberman 'Ascent’ sculpture which the McNay acquired in 2005.

The McNay tells MiSA that the newly acquired sculptures are as follows:

Fortunately, designers worked with CPS to bury the overhead power lines along Austin Highway and North New Braunfels to allow the property to be unencumbered with overhead utility lines and to let the sculpture and views to the McNay and Koehler Fountain dominate the view.

“The Landscape Master Plan will physically open up the McNay campus like never before. Now more than ever, our community will be seeking places, particularly outdoors, for solace and healing from these unprecedented times. With new outdoor sculpture, walking paths, and serene areas for relaxation, the McNay will provide more opportunity for connecting with art, nature, and oneself in a safe and welcoming environment.”

A Welcomed Respite In a Time of Physical Distancing

The McNay's new landscaping will be a welcomed change in the light of COVID-19. As businesses and organizations start getting back to "a new normal", the grounds of the McNay will bring an exciting new respite from current events with plenty of room to continue social distancing. John Gutzler, Principal of local Ford, Powell & Carson, told MiSA,

"In respect to the current COVID-19 crisis, this project will reinforce the idea of the McNay as part of everyone’s community. The project will create more outdoor spaces for sculpture and gatherings, which are already generous. By opening up the property to everyone, the community will be able to “use the Museum” visually as part of their everyday experience, driving or walking by, seeing the outdoor artwork and knowing this cultural treasure is in their neighborhood, without actually having to enter."

Be good to yourself, take a walk in nature, and be sure to include the McNay's beautiful landscape design as one of your stops once it reopens in Summer 2020!   In the meantime, see a virtual tour of what is to come!

Special thanks to Richard Aste, Rachel Trevino, and John Gutzler. 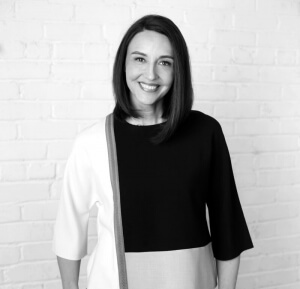